Before going deep into the process of understanding Brackets extensions, you must first get a clear picture of what Brackets stands for in the coding arena.

At TMS Outsource, we code a lot.

A modern, powerful, and yet lightweight text editor, Brackets was created for front-end developers and web designers.

Brackets offers focused visual tools and preprocessor support making it easy for designers and developers to design in the browser.

The Brackets text editor is without a doubt one of the most popular code editors available that comes with numerous Brackets extensions.

We’ve used it ourselves for the past months while working on updating wpDataTables, the #1 Tables & Charts WordPress Plugin.

What is Brackets from Brackets IO?

An open-source HTML editor, the Adobe Brackets is one of the most appreciated text editors among the ranks of frontend developers. It’s not as well promoted as Atom, the new lightweight text editor developed by GitHub, but it’s a promising code and text editor.

Optimized for HTML, JavaScript, and CSS, Brackets can be used on Windows, Mac OS, and Linux. You can download Brackets on brackets.io if you are looking for an HTML editor Mac, Brackets for Windows, Mac HTML editor, HTML Brackets, or HTML and CSS editor.

The greatest advantage that comes with Brackets as a code and text editor is a large number of extensions available that add functionality to Brackets’ built-in features. Extensions allow you to change the visual studio theme or even create your Brackets themes.

This post introduces many free Brackets extensions linked back to GitHub to ensure protection from bugs or corrupted codes:

As the name suggests, Beautify is one of the best Brackets extensions designed to make codes look good. Beautify makes files extra readable and it allows you to enhance their looks as well with a shortcut key: CMD-Shift-L (Mac) and Ctrl-Shift-L (Win).

Also, you can format JavaScript Code and make it more readable using Beautify. 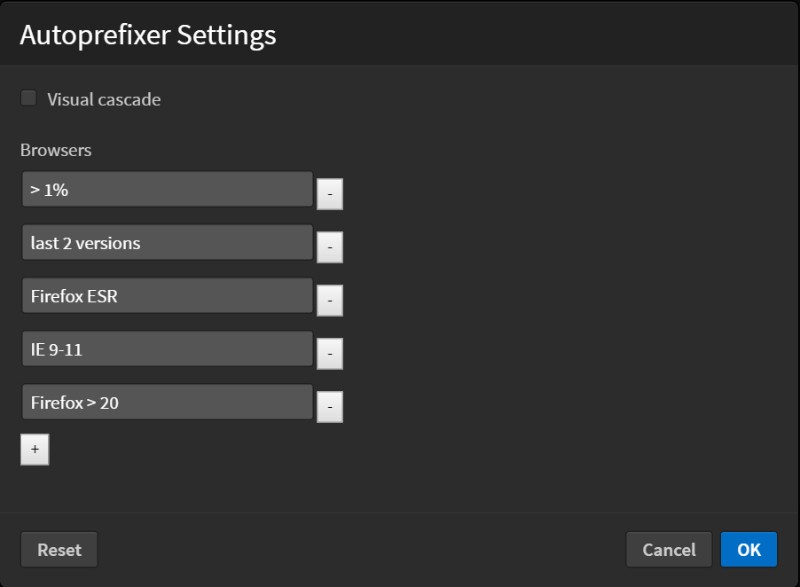 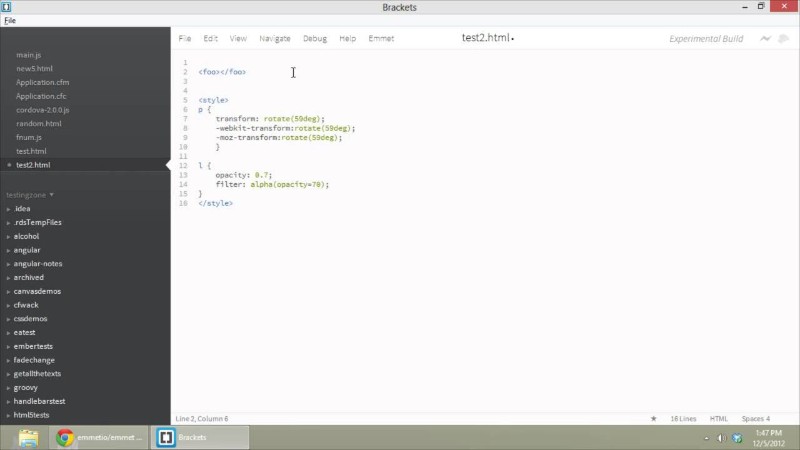 This is one of the Brackets extensions that was designed to enhance the CSS and HTML workflow. It allows you to key in CSS-like expressions that will be then parsed and will result in output in accordance with what you literally keyed in the abbreviation.

The abbreviations produced by Emmet will appear like CSS patterns. However, they are parsed during runtime and consequently changed into a structured block with one keypress. Once you’ve picked up the abbreviations, you can accelerate CSS and HTML workflow.

Minifier is one of the Brackets extensions that minify CSS and JavaScript files using a shortcut key: CMD+M or Ctrl+M. They are saved as filename.min.ext. It is a very time-efficient extension because it compresses files and minifies relevant JS while you work.

A very useful Brackets extension, ToDo is a great solution to display, track, and mark as complete, or sort to-do tasks in the current project or document. Five tags, including ToDo, Note, Changes, FixMe, and Future are supported by this Brackets extension.

A great feature of this extension is that it lets you define your own tags as well as customize colors for tags. You can use your creativity with this Brackets extension. 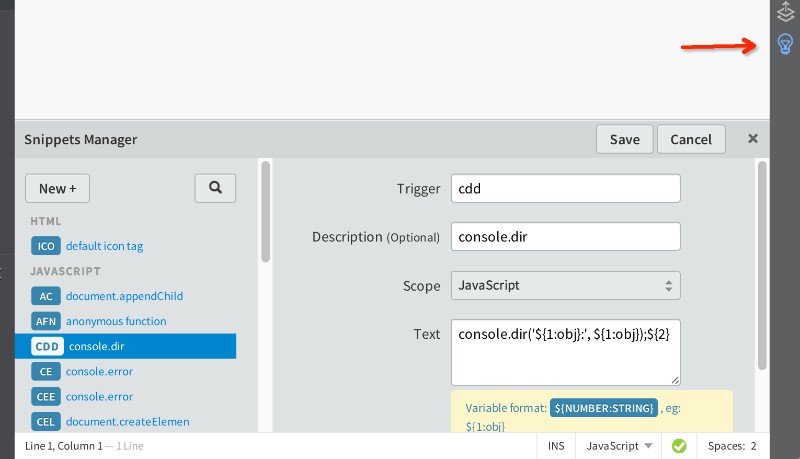 Snippets was designed to use shortcuts to write the most commonly used codes and create a library of code snippets that will let you can write CSS, JS, HTML code by keying in just a few letters in a code snippet. You won’t have to write the same code and tags repeatedly.

It is important that you copy the right number of words in a design section, which can be a very time-wasting activity for designers. Lorem Ipsum, as the name adequately suggests, will handle this task for you and fill out design sections with the specified number of words.

A command such as lorem_wrap200. and 200 words will magically show up where needed.

While Lorem Ipsum is one of the Brackets extensions that fill out design sections with dummy text, Lorem Pixel generates placeholder images for various design sections.

This extension is simple to use and lets you customize the size of your placeholder image with a visual editor. It also lets you employ custom URLs to incorporate dummy images. 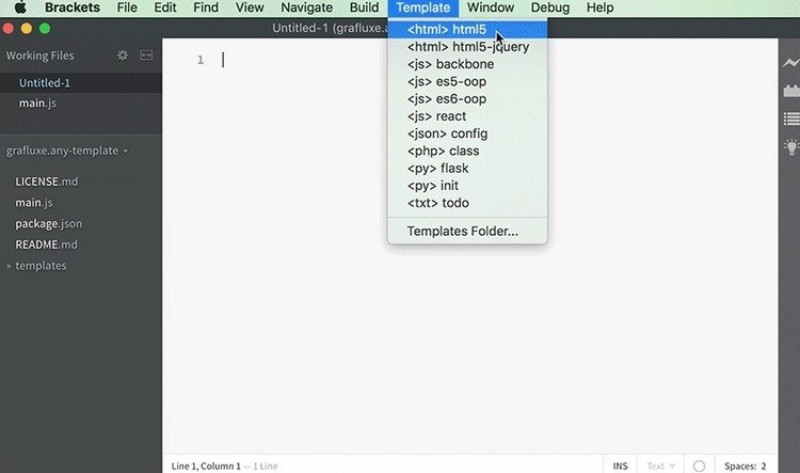 Remember markup tags? No one likes typing those tags, but they are mandatory for every new document, whether you use PHP, HTML, or JavaScript. Any Template is one of the Brackets extensions dedicated to creating templates with pre-written markup.

Subsequently, you can start on a new document right away without having to type those mandatory markup tags. Select an HTML template along with default HTML tags if you want to create a new HTML document. The same applies to PHP or JavaScript.

Brackets Icons is an extension that was created to help developers and designers incorporate file icons into the sidebar of Brackets. As you know, a visual element, such as an icon, makes identifying files easier than no indicator whatsoever or a  text indicator. 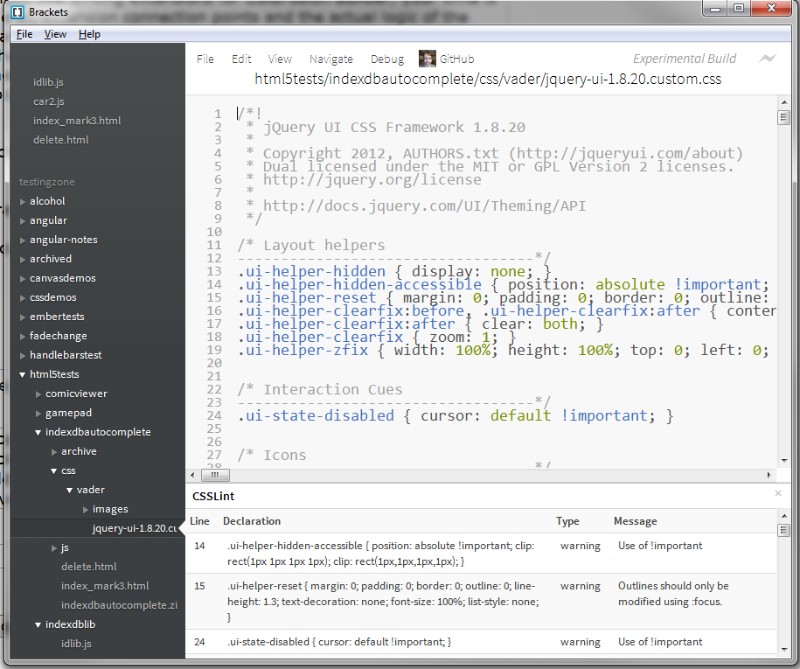 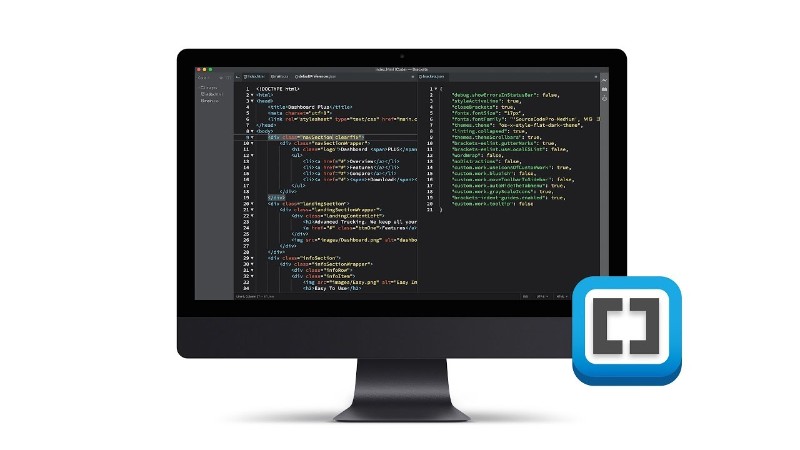 It’s not rocket science to install any of the available Brackets extensions:

You can similarly install themes. It is quite simple!

There is no other code editor for front-end developers and web designers that is more versatile than Brackets. It is the best editor in its category and comes packed with a set of incredible features that you can boost with the added functionality of extensions.

If you enjoyed reading this article on Brackets extensions, you should check out this one about WordPress developer salary.

Check out these WordPress CRM plugins

Check out these WordPress CRM plugins