DDoS attacks are a hot topic in online business and cybersecurity. This situation is not new and the term emerged in the industry ages ago, in the early 1990s. Over the years, they have caused many web services to be taken offline, by making public websites impossible to access. Victims were and still are numerous. This is why learning how to stop a DDoS attack became a priority for businesses big and small.

A DDoS attack sends many requests to the target website, which is the victim. This traffic usually originates from networks and computers that are compromised by malware. When the requests reach the target, the server hosting the site becomes so busy that it will soon stop responding. It’s a tactic that has been used by attackers for a long time now. In some cases, they also demand ransom to get the website running again.

Learning how to stop a DDoS attack starts with the understanding of the basics of cybersecurity, the processes behind attacks, and how they affect a website. This article created by our team at wpDataTables will explain all the basics while also giving you tips to protect your website on a technical level from DDoS attacks. After reading it, you will be able to make better decisions regarding your site’s security.

Understanding what a DDoS attack is

DDoS is short for Distributed Denial of Service. DDoS attacks involve throwing many simultaneous requests at a site’s server –that is, way more than the server can reasonably handle. A large, sustained amount of phony traffic is enough to make a website go down for a few hours or longer.

The traffic makes the server grind to a halt, gradually making it load slower and slower until it can’t be accessed at all. Even though you might have a great security plan, your website can still be affected by a DDoS attack. To prevent them, you need to arm yourself with knowledge of the different types that can occur. 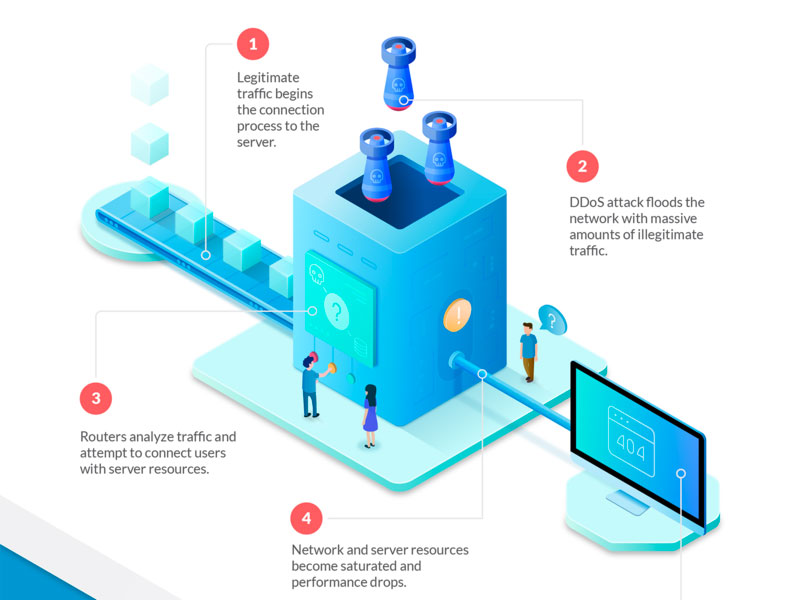 DDoS attacks come in a variety of types and subtypes. Listing all of them would be impossible, but the most common ones are:

The types mentioned here are just a few of the existent ones. And DDoS attack prevention doesn’t stop here. You’ll now have to learn how to stop DDoS attacks from happening in the first place.

How can you protect WordPress websites against DDoS attacks?

Because using WordPress doesn’t involve a lot of technical knowledge, almost anyone can use it. This means that people who don’t know much about malware and cyber attacks are predisposed to getting their websites broken. Webmasters who recklessly install plugins and themes from unsafe sources are always more prone to being hacking victims.

A beginner won’t know a lot of things about complicated terms like DDoS, but it’s best to gain some literacy in terms of cybersecurity and how to prevent DDoS attacks, even though you might not understand the processes behind it. Here are some crucial concepts to understand.

Most routers and switches come with built-in software that is able to identify when a fake IP is used to send a request. The software can limit the system from consuming all the resources of the network. Simply put, switches and routers have the ability to block untrustworthy traffic sources, thus stopping DDoS attacks.

Most people don’t have the resources to invest in the necessary hardware equipment personally. Instead, it’s best to opt for WordPress hosting platforms that have their own secure data centers. Hosting providers can afford to use high-end hardware and you can take advantage of this. You don’t need to learn as much about how to stop a DDoS attack if you are professionally protected in the first place.

IPS (Intrusion Prevention Systems) is used to detect DDoS attacks. Cybersecurity companies employ an IPS to determine traffic patterns that are unusual and clean them out. IPS systems can also block events that are potentially malicious before they can inflict damage on a website. The mechanism behind IPS is a simple one – it analyzes data packets that are carried on the Internet and spots suspicious ones in order to block them. 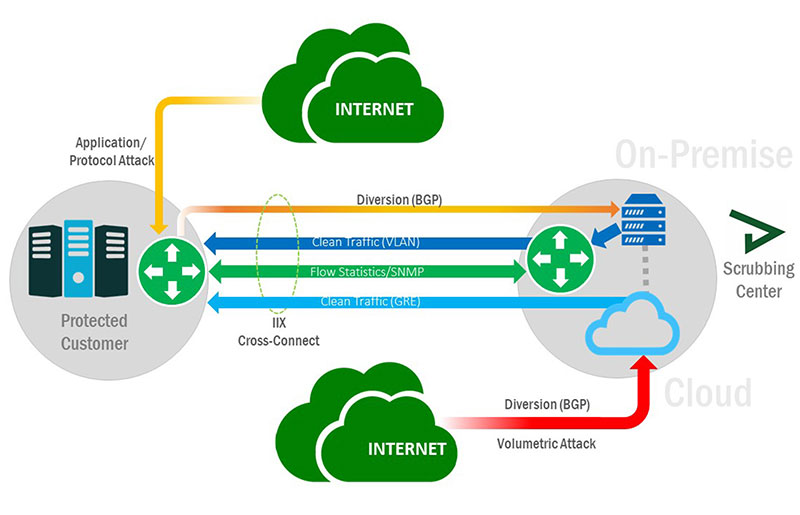 Before reaching a network or a website, on-going traffic may be filtered in a scrubbing center. These centers are owned by companies that know how to stop DDoS attacks faster and more efficiently. They offer DDoS mitigation services which can be quite expensive. However, if your site is very important and you can’t afford to experience downtime, paying for these services is the best option you have.

Applying all the security measurements in the world to prevent DDoS attacks still won’t be as effective as watching the situation with your own eyes. Paying attention to how your website functions and noticing the signs of a DDoS attack in time can help you tremendously. Whenever you believe that there is something wrong with the load times, take the necessary pre-emptive measures. It is important to stop a DDoS attack before it has tragic effects on your website. 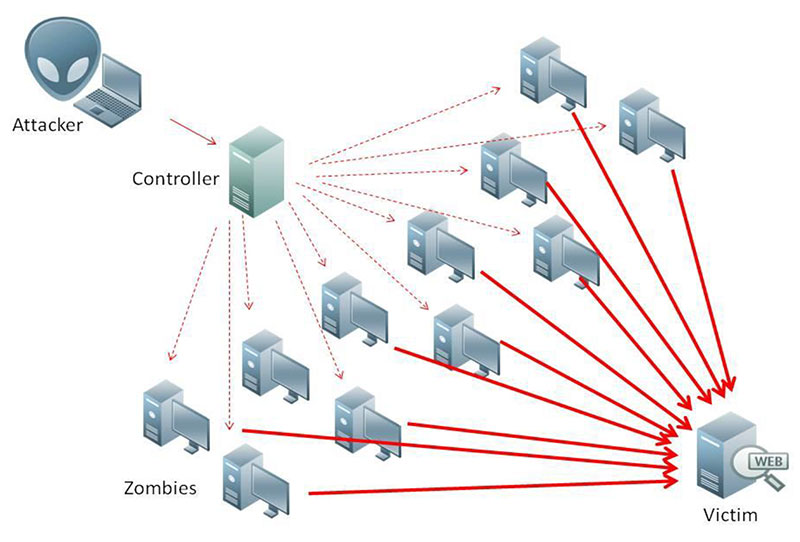 Ever since WordPress was updated to version 3.5, a new option became enabled by default. This option might make your website more vulnerable to DDoS attacks. The setting was included by WordPress in order to provide users with pingbacks and trackbacks, as well as a few other options that don’t drastically affect the functionality of your sites.

Unfortunately, these new features can be exploited by cyber attackers. The corruption involves sending HTTP requests to targeted websites by abusing the XML-RPC protocol because the functionality of XML-RPC can be easily compromised. If multiple sites are compromised through the XML-RPC setting, a large DDoS attack can take place. It’s best to turn off this functionality and prevent DDoS attacks from happening because of pingbacks or trackbacks. 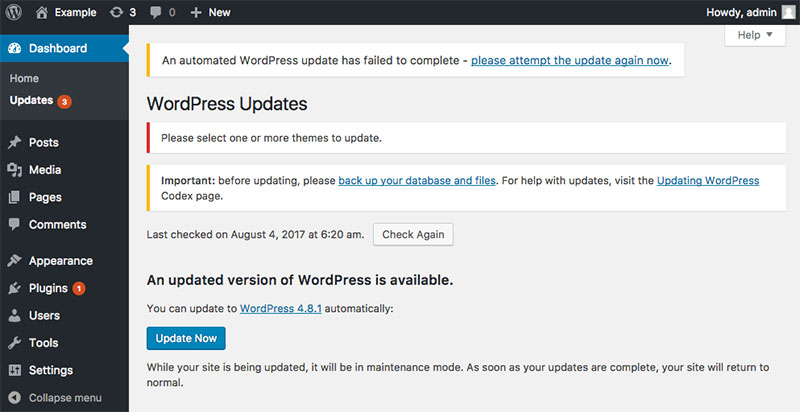 Another step in learning how to stop a DDoS attack is making a habit out of updating WordPress regularly. Running updates as soon as they are launched is a necessary condition of keeping your website secure. Most updates come with security enhancements that make your website safer than it used to be. Even though it’s not always convenient to upgrade your WordPress, you ought to take the time and do it, so you can worry less about the probability of a cyber attack on your website at any given moment.

Although most hosting providers try to keep their servers up to date both in terms of hardware and software, it’s best to check in with them every now and then. Discussing the current security procedures that the web host applies, asking about the latest updates, and other relevant details that have to do with the security of your website should be done at least twice a year or when doubts arise. 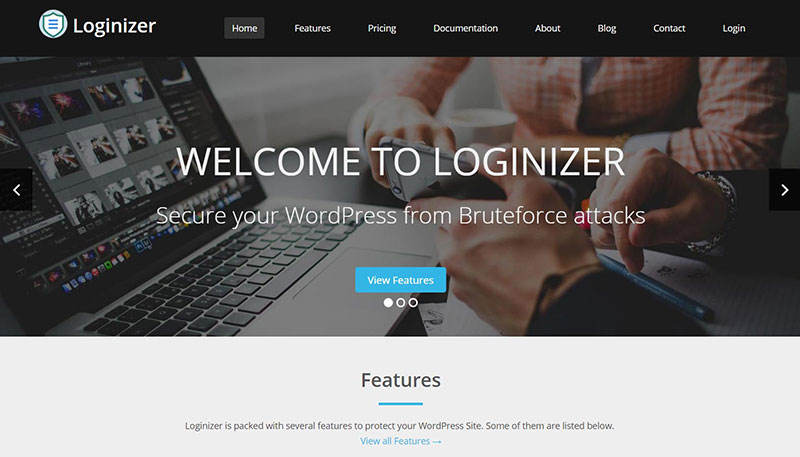 WordPress is known for the many plugin possibilities you have. This is both a blessing and a curse, considering that not all plugins are as safe as they claim to be. Even so, some plugins can help you protect your website from DDoS attacks. One example is Loginizer, which limits the number of log-ins on a website. If the requests are pushy, the plugin blocks the IP address associated with that account. This plugin is perfect if brute force attempts are a problem on your site.

Note that you shouldn’t fully rely on plugins for DDoS protection. Apply other security procedures besides using plugins to sleep better at night. Because WordPress is open-source, you can install add-ons from any provider, even possibly dodgy ones. Not all plugin providers are well-intentioned, and some of them might want to harm your website directly. Always check which plugins are trusted in the WordPress community and which are signaled as dangerous. 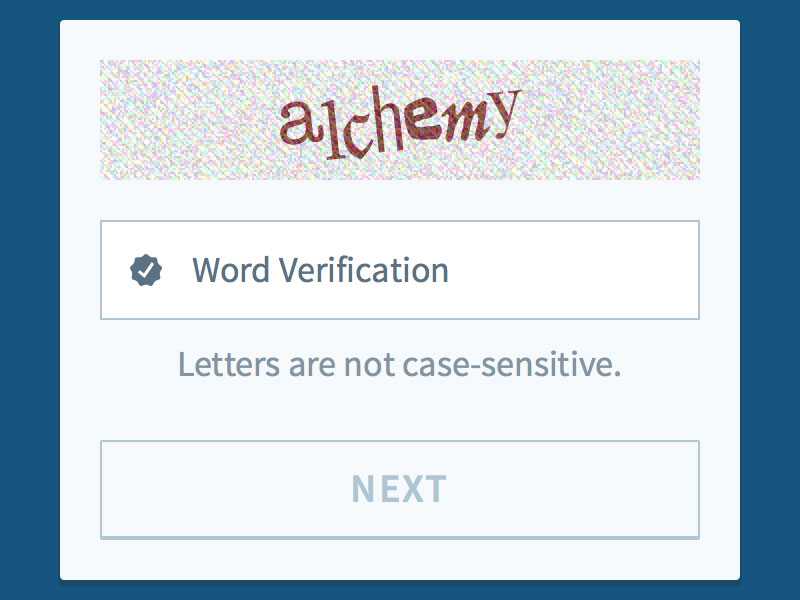 Cloud Distribution Networks can help you add an extra layer of security to your website. You can encrypt data, set connection request limits, and add CAPTCHAs for each login. These safety measures separate your web traffic on multiple servers. In this case, DDoS attacks can no longer be damaging for a website because they can’t take it down, as traffic is segmented.

If you enjoyed reading this article on how to stop a DDoS attack, you should check out this one about how to change fonts in WordPress.

We also wrote about a few related subjects like how to eliminate render-blocking JavaScript and CSS in above-the-fold content, how to embed a WordPress iframe, how to find the page ID in WordPress, how to download the WordPress media library and how to hide page title in WordPress.